We now bring our summer to a close but that doesn’t mean that the fun is slowing down for the T.C.B.G. group.  The end of summer means the leaves are changing and the temperature is getting colder.  It is time to get some games in.  We also have our state gaming convention coming up in mid September.  Excited would be an understatement.  Let’s now take a look at what happened in the month of August at game night.

The stats have been adjusted just a bit to reflect some feedback that I have been given on previous months.  Hope this new format is to the benefit of the group and to anyone looking at creating their own group.  Enjoy!

Most Played Game:     Dead of Winter 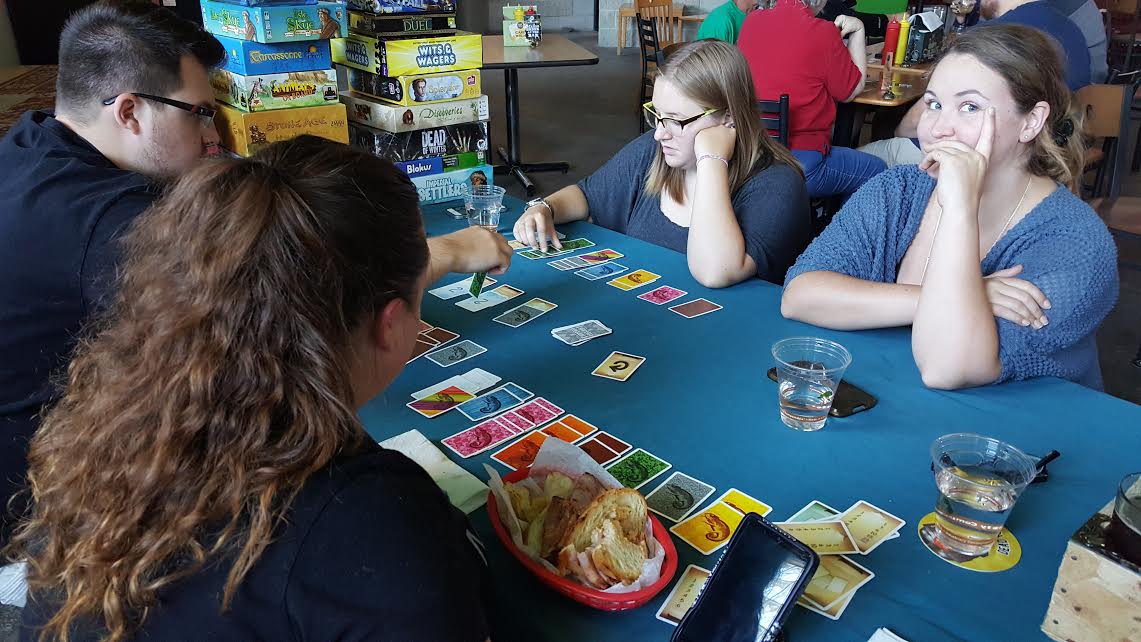 58 in “Imperial Settlers” with 2 Players. Most Played Game

Esther Nemesis (Player lost to the Most) 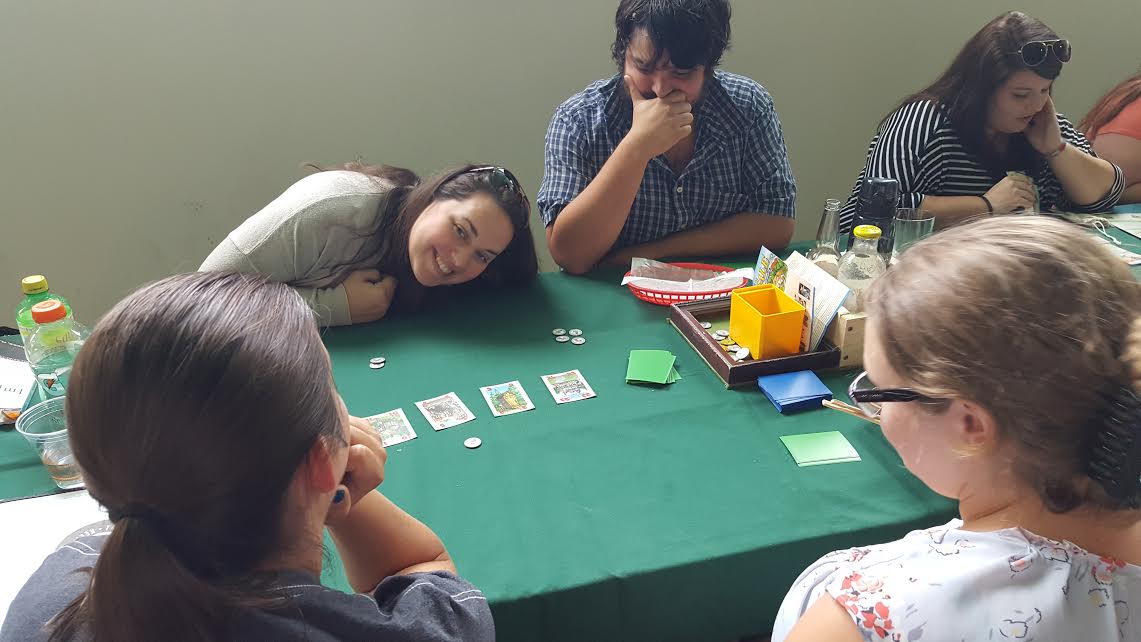 Caroline, Eric B, Esther, and Alex play “For Sale”

87 in “Evolution: The Beginning” with 2 Players Most Played Game

Esther Nemesis (Player lost to the Most)

I’m new to this whole stats thing so I didn’t have a nemesis but I can guess who that was.  Ya…it was you! 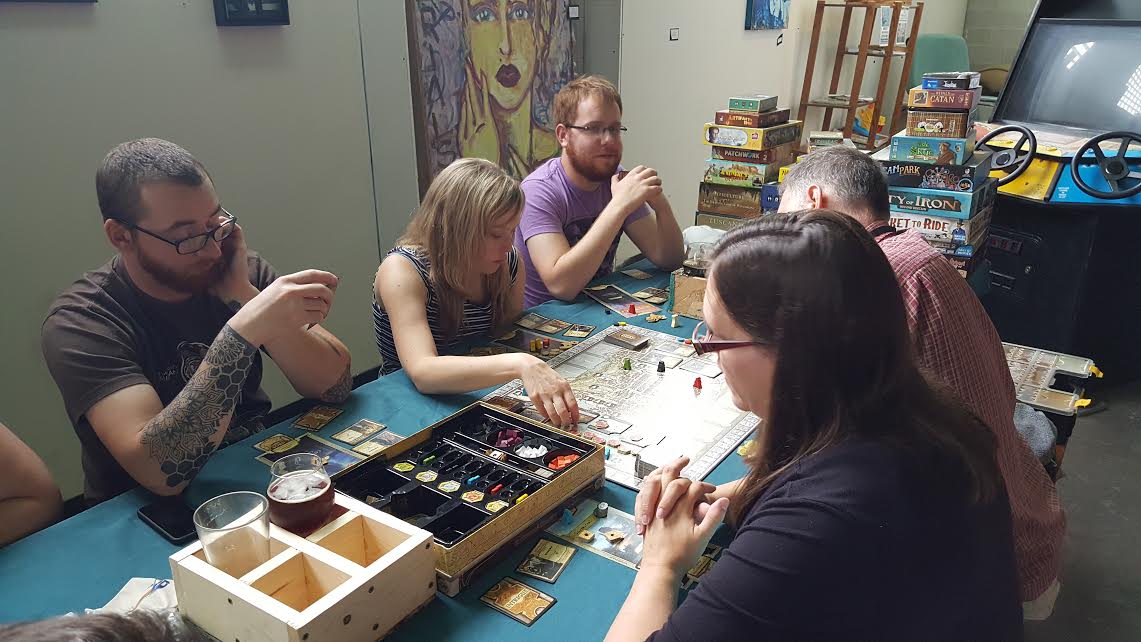 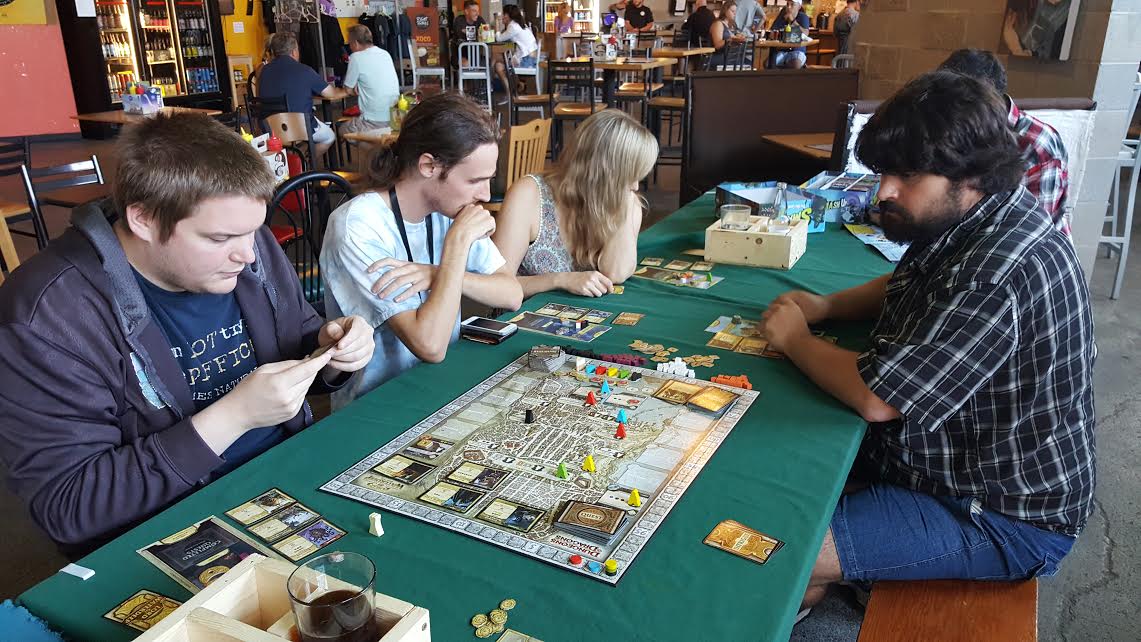 154 in “Lords of Waterdeep” with 5 Player Most Played Game

Matt Nemesis (Player lost to the Most)

36 in “Viticulture” with 2 Players

56 in “Discoveries” with 4 Players Most Played Game

Kyle Nemesis (Player lost to the Most)

Sweet revenge vs. Kyle (Viticulture, Codenames, Jaipur) but Ramon evaded me all month. That crafty devil! 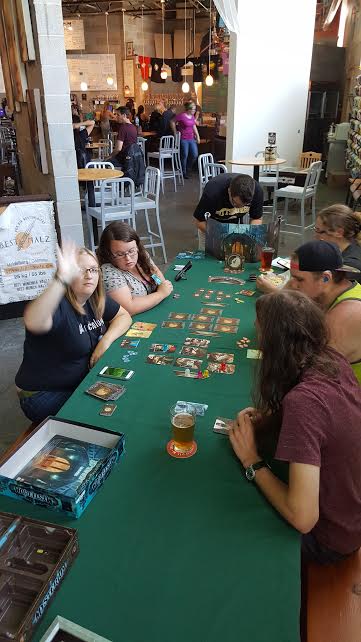 28 in “Artifacts Inc. with 4 Players Most Played Game

Amanda Nemesis (Player lost to the Most)

2.61 (Medium) Redemption from Nemesis in July

I Tasted Victory vs. Amanda (Evolution: The Beginning, Artifacts Inc., and Dead of Winter) 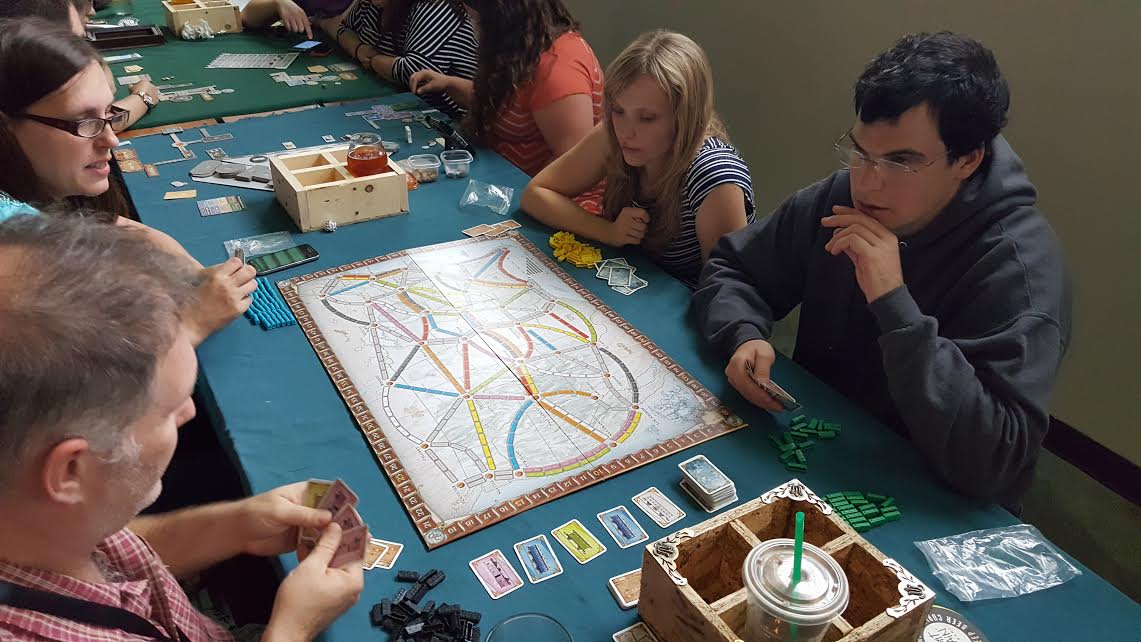 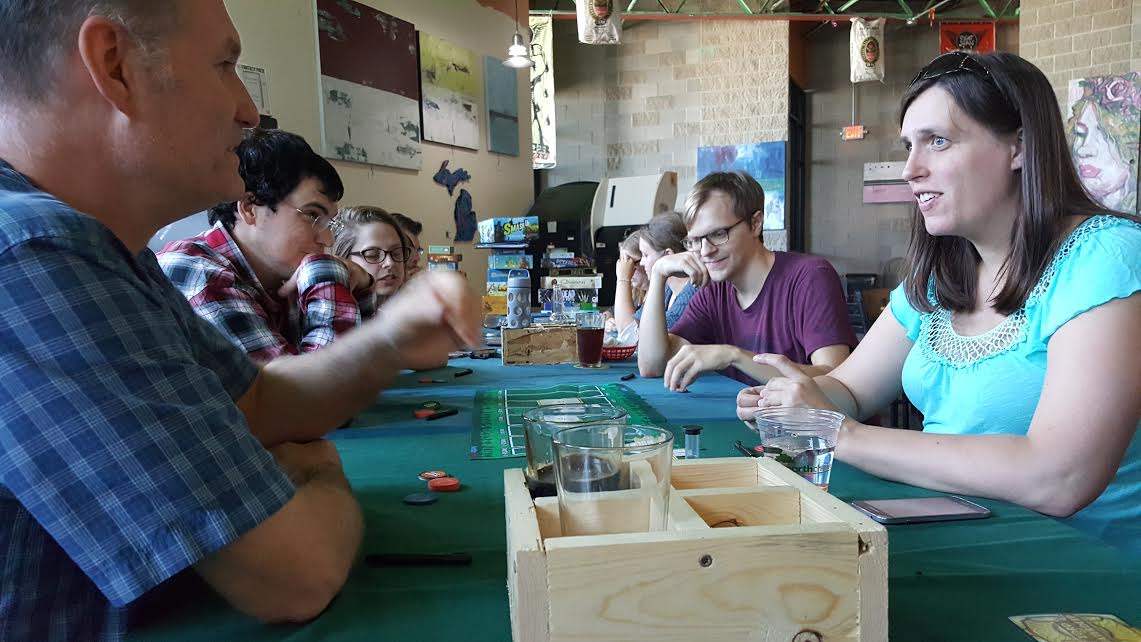 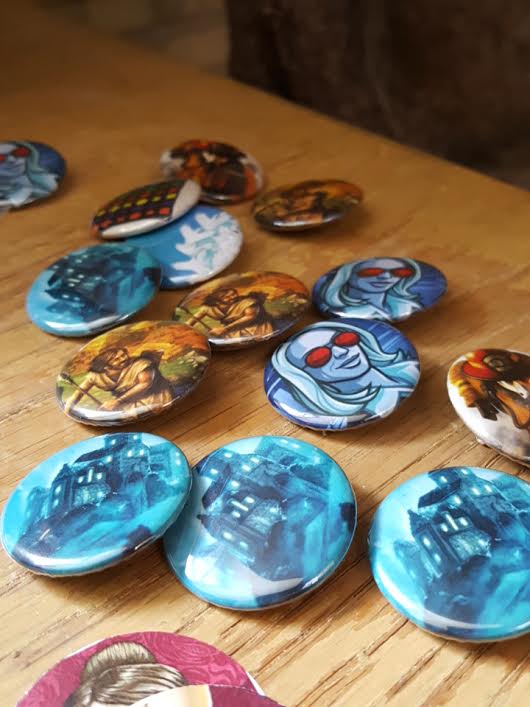 Achievement Pins we give out for the games you play

We have made it through another summer of gaming and friends.  Game night has turned into quite the social event and has spanned beyond the single Sunday every week.  It seems to have turned into mid week gaming sessions and just general social outings.  This was my original intent of starting game night but I guess I never thought that such a thing would come to fruition.  It’s quite the sight to behold.  I’m very grateful that this has brought some many people together and engineered good friendships.  Hopefully this will only improve as time moves forward.

I’m also looking toward the future at the fall and all the events we will have planned.  We will again hold our annual Ticket to Ride tournament in November.  This is greatly been increased above last year and hopefully attendance does as well.  I have been promoting the event far more than I have last year.  I hope these efforts bear fruit.  We also have our horror gaming month in October that I’m really excited about.  I have an entire line up of horror themed games that will make a first appearance at game night.  This will be amazing.

I’m hoping to fix a lot of the problems we have been having with game night.  One of these is definitely lighting.  Fall means an earlier sunset which means dark tables.  The built in lighting in Right Brain Brewery isn’t exactly board game friendly.  I’m thinking of bringing in some floor standing lights that can direct light to the needed area.  We also have some noise issues with the jukebox but this has been easily managed as the staff of Right Brain is very willing to work with us and sometimes game with us.