Board Game Diary: Rules of the Game 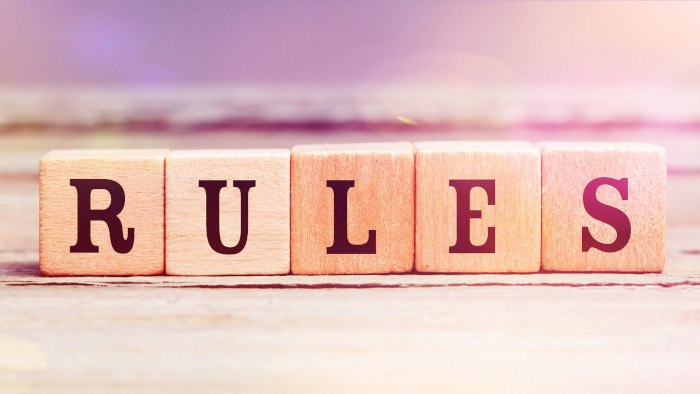 I’ve recently pushed into the world of game design.  As a self proclaimed expert in the matter of all things board games, I figured it to be a natural step forward with my passion.   Why not give something back to the hobby that has coddled my every unfulfilled entertainment need like a doting mother.  Pretentious as this all may sound, I pushed forward with my creative thinking.

I, myself, am now humbled by the sheer skill, talent, foresight and determination needed for such a task.  Nothing could have furthered my appreciation for this art form than taking up the mantle of game designer myself.  I’ve created a functional game that I’m happy with, but it is far from the designation of masterpiece.

I want to use this writing to document some thoughts, experiences, and frustrations I’ve had along the way.  A love letter of sorts to the craft of game design.

This week, I’ve finished with the latest iteration of my game and I decided to revisit the rule book that needed several updates from its original.  A seemingly minimal task as I’ve written them before and it merely needed some light additions.

I started right away reading the 6 page document from top to bottom.  5 minutes later and I knew this would take me longer than anticipated.   Many rules had been nixed and changed, core concepts were stricken from the gameplay, and the flow of the game itself was completely different: a game with a similar shell but with a new set of guts.

I decide to tackle this beast using a different approach than previously done. Before, I would have simply started writing a game summary then moved into setup and gameplay then be done with a single go at it. Reading rules have never been something I’ve been excited about doing and this translated to my apathy toward writing them. This time I would challenge this apathy into a more workable and thorough strategy that wouldn’t overly exhaust my desire to continue.

I breezed through the first rule set writing what I could remember with limited reference. This was quick at first but I find simple, short tasks yield a high sense of accomplishment: crucial when working on a long winded task. It is then that I took a victory lap and came back the following day.

With a renewed sense of accomplishment and some notes, I started back into my rules. The first draft was very rough, but the idea was there. It is upon reading this version that I noticed it was like reading a fresh rule book. I immediately started critiquing the rules like a new player would do. Logistical problems started to emerge along with some mechanical issues. This new player perspective is the perfect litmus test for how this game will be played out in the wild so having these perspectives is rather important.

I stepped away again riding an even bigger high than before. I had made something far more comprehensive and understandable. It was time for yet another victory lap with fireworks and champagne raining from the sky.

I’ve now decided that this will be my best solution for a continued effort toward writing this rule book is fresh perspectives. New eyes give you insights to the perspectives that you would not originally have seen. Passing along these rules would now be pertinent. Whom should read them first is now my concern. Should it be a player without any knowledge of how the game plays or a mildly experienced player to the game?

The benefits to both are apparent. An experienced player could point out some missed rules that were understood to be apart of the game along with an understanding of the general flow of the game. A new player would provide insight into how a new player will understand the rules out of context.

If the game itself is a home, then the rule book is the front door. It is the first encounter one will have with a home upon entering. It should be inviting and always with guests in mind. One wouldn’t make the door 4 inches high or on the roof as this would be a barrier to entry. Rule books are the same way. The more confusion that is wrapped up into the understanding of gameplay is time away from enjoying the gaming experience. The overall goal of fun suffers or at times, lost.

I’m starting to realize the importance of this process and respecting it for its subtlety and nuance. Hopefully, after this process is complete, I will have become a better writer of rules and able to streamline the process in the future as I would love to continue this venture into design further.

Board Game Diary Rules of the Game